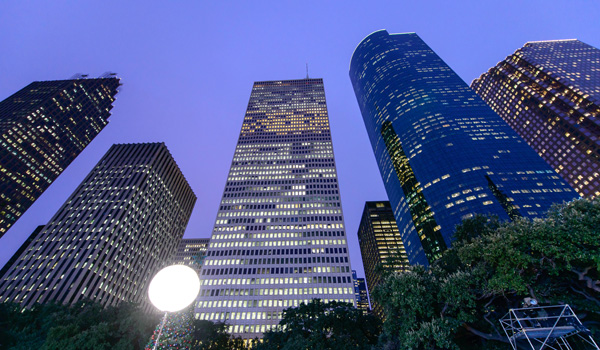 As we approach the end of 2013, many urban home buyers are asking what Houston inner loop neighborhoods have the most potential for appreciation. While the past doesn’t necessarily predict the future, it can signal larger trends which tend to last longer than a year. Similar to Newton’s first law of motion, an object in motion stays in motion until another force acts on it. An appreciating housing market tends to continue appreciating until another force acts upon it. And a depreciating housing market tends to continue depreciating until another force acts upon it. If you accept this principle, the home buyer looking to purchase in the Houston inner loop, would want to identify inner loop neighborhoods that have experienced greater price appreciation year-to-date than other neighborhoods. Given that hypothesis, I analyzed retail sales data from January and February 2013 and October and November 2013 in order to see which neighborhoods have more momentum this year. I felt this might be more useful than comparing same month sales from the prior year. While the results of my statistical analysis for the west inner loop neighborhoods aren’t conclusive, they do give some helpful statistics to guide homebuyers and investors as they hunt through the housing inventory.

The Method for these Housing Statistics

If you’re like me, you can’t stand getting statistics thrown at you without an explanation of what they represent, so I’ll try to explain my method (please contact me with any questions). The data came from the Houston MLS from the time period specified above. I chose neighborhoods based off of street boundaries and geographic boundaries that made sense for the given areas. I only looked at closed property transactions that were either condos, town homes, or single family houses. I chose to exclude land purchases because they would create inaccurate price per square foot data. I specifically looked at the median and average days on the market before a house sold, sold price, price per square foot, and number of transactions. I used the median values to calculate the delta between the two time periods due to the large ranges. However, I did make not of the neighborhoods where there was a large discrepancy between average and median values. In some neighborhoods there were a very small number of transactions in the time period. In these cases, the averages should not be heavily weighted.

As you can see, the outlier here is West University with an 84% change. In the January to February time period the median sales price of a house in West University was $603,500 over 25 transactions. In the October to November timeframe the median sales price of a home was $1,111,500 over 28 transactions. The important thing to notice about the two sets of data is the difference in building square footage per transaction. The median house size in the January to February timeframe was only 2,398 sqft and the October to November timeframe was 3,812sqft. As you will see in the chart below for price per square foot change, the appreciation was much less. It doesn’t take a Realtor to tell you that the houses in West University are only getting larger when you drive through the neighborhood. The trend is builders and home buyers purchasing older bungalows (usually smaller in square footage) and demolishing them to make way for large modern homes selling well over $1 million.

Two other neighborhoods that show large changes in sales price are the Baker / Sawyer Heights neighborhood and Montrose. Baker / Sawyer Heights saw the median sold price change from $305,000 to $376,400 while the greater Montrose neighborhood saw the median price change from $419,000 to $499,750. The Baker / Sawyer Heights area really had a lot of new construction activity compared to prior years. It’s proximity to downtown Houston remains a draw to buyers while it’s lower land acquisition costs were attractive to builders. Montrose continues to stay red hot with median home prices climbing 19%. It is interesting to see that Montrose home square footages are increasing, as well, though nowhere near the levels of West University. It appears that more large new single family homes are being built in Montrose in addition to the town homes that have been so popular over the last decade. It’s amazing to see how huge the change in days on the market was between the beginning and end of 2013 across all neighborhoods, except for EADO. The biggest change was in Midtown dropping from 53 to 13 days on the market. The Rice Military neighborhood already had a very low “days on market” and dropped even lower to a median 9 days for a house in the neighborhood to be on the market. The last year has been the year of “flash sales” where many houses have had a contract for their purchase within 24 hours of being listed for sale. With all of the neighborhoods shown having median days on the market of near 2 weeks, it is hard to identify clear momentum shifts based off this alone. The very low median days on market number for Rice Military demonstrates that there is extreme scarcity, and demand far outpaces supply of housing in the area. (Note: I left off River Oaks since the sample size was only 4 homes for the end of the year and greatly skewed the days on market.)

What does it mean for Houston’s Inner Loop Housing in 2014?

First, it’s obvious that the top neighborhoods around downtown Houston and inside of the west inner loop are doing very well and show a lot of promise for 2014. With Houston projected to add nearly 70,000 new jobs in 2014 according to projections from the Greater Houston Partnership and netting double that in population growth, I would argue that economic forces will likely not get in the way of the housing markets momentum.

An area of opportunity for builders seems to be in the West University area, where price points have drastically increased over the course of the year. Also, Montrose seems very attractive with a median price point that is still well under surrounding neighborhoods that aren’t very geographically separated. Both price per square foot and sales price increases show strong momentum in the area, as well. East downtown Houston seems like a risky area to put your money, still, though it does show great price per square foot appreciation which might indicate that there is great momentum for new construction in the area.

While I don’t think Houston’s inner loop neighborhoods will experience quite the appreciation they did in 2013, I think they will continue to appreciate. I also think that the well-informed home buyer can still invest in the market in 2014 and do well over the long run.