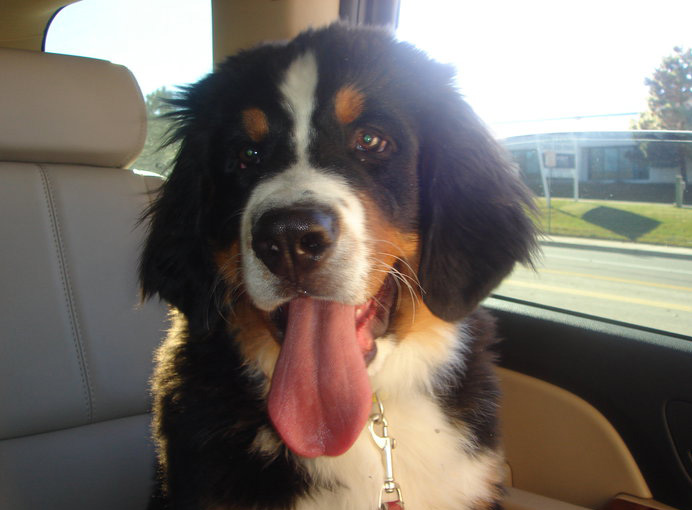 If you live in Houston, Texas, then you’re fully aware of one indisputable fact: this is a dog town. Perhaps the strongest sign of dog friendliness in our city is the abundance of dog parks. On the other hand, in a city that has 22 off-leash public dog parks, how does one begin to choose?

Whether you’re a dog owner that is new to Houston or just new to a certain area, you want to know the scoop on the city’s best dog parks. The ten parks featured in this two part series are graded by a number of factors including location, cleanliness, friendliness, and other special features.

The Scoop: This west side favorite is bound to impress all dog lovers! Reviewers rate Millie Bush Dog Park as one of the cleanest dog parks in the city. While your dog may not mind getting his or her paws a little dirty, what kind of parent wants to spend their playtime dodging land mines? You won’t have to worry about this here; Millie Bush Dog Park has more than enough disposal/bag stations. Another feature you can’t beat is the endless supply of benches—18 to be exact—made for owners who wish they had half the energy of their dog. Hours are from 7 a.m. to dusk and the parking is a breeze; the lot provides enough space for 100 vehicles.

Why your pup will LOVE it: With three ponds and almost nine acres to run, your pup will without a doubt be ready for an extended nap after an hour at Millie Bush Dog Park. The naptime that comes after a serious play session is half the reason you took them in the first place right?

Insider tip: Bring a towel! Both small and large dog areas feature ponds, so your pup is bound to get a little muddy. Thankfully, there are multiple dog showers near each exit.

The scoop: Also known as the Danny Jackson Bark Park, this Harris County Park is located in the Greenway, Upper Kirby area. Like most of its counter parts, this park has separate play areas for large and small dogs. Normally the rule of thumb is that any dog weighing less than 20 pounds should stick to the small dog side. Hours are convenient here too; your pup can get his run on from 7 a.m. to 10 p.m.

Why your pup will LOVE it: Danny Jackson Park has a vibrant blue dog pond with enough space for plenty of pups to take a dip! Your dog will also love making lasting friendships with his new four legged buddies since many park goers are weekly regulars.

Insider tip: Always abide by the “Hide your things, lock your car, take your keys” suggestion. Some reviewers were weary of car break-ins, while others have never had a problem.

The scoop: Located right off the notorious Washington Ave., Boneyard is a 7,000 square foot dog park AND a bar. Keep in mind that Boneyard is 21 and over, and no exceptions will be made. The park features plenty of shaded seating around the perimeter of the park as well as a large wrap around deck.

Why your pup will LOVE it: While your dog will have a blast here, it’s okay to put yourself before your illegitimate children sometimes, right? Boneyard is all about you. Before you go, check out this updated list of 18 craft beers on tap. If brew’s not for you, they also carry several wines from all over the world.

Insider tip: Remember, like the rest of the dog parks listed, Boneyard requires that your furry friend is spayed or neutered.

The scoop: You will never miss a beat at Discovery Green. This park is a hot spot for all things Houston. Discovery Green hosts major performances, galas and many other events. In addition, the park features a small lake, several monuments and visual art displays, and a jogging path, just to name a few. Remember, while your dogs may run off the leash inside one of two dog runs, they must stay on the leash in all other parts of the park.

Why your pup will LOVE it: Discovery Green is the place for your pup to see and be seen during the park’s 5th year anniversary. There are endless networking opportunities for you and your dog! They can even compete against their friends in the DuckDogs competition that attracts dog lovers from all over the South. These fur fanatics cheer their pups on while they take an incredible leap off of a 20-foot dock into a 40-foot pool of water. This three-day event also features pet-friendly vendors, dog training seminars, and adoption events. If you missed out on the DuckDogs competition last September, don’t fret; they plan to return in 2014.

Insider tip: Definitely take advantage of the life saving effects of both the Gateway Fountain and Mist Tree —they’re an absolute must on a sweltering Houston afternoon.

The scoop: Not only is this park centrally located, but it also has a rich history. Ervan Chew was actually the first neighborhood park in Houston to allow dogs to run freely. While this park is not sprawling in size, it is in convenient walking distance for many Montrose residents. Open from 6 a.m. to 11 p.m., it’s easy to avoid the unforgiving Houston heat and go early in the morning or later at night. Plus, if your pups aren’t the most “kid friendly” type, Ervan Chew Park does not allow children under the age of 12.

Why your pup will LOVE it: Like a lot of the other parks inside the loop, you and your pup are sure to make fast friends with all of the local families.

Insider tip: This City of Houston Park does not feature separate play areas for large and small dogs, so if your large breed dog only likes to play with friends his own size, be cautious. Also, the ground cover is mainly bark and dirt so if your pooch is partial to grass this park may not be at the top of his/her list.

Houston features one of the largest independent natural retail stores in the region in Natural Pawz. Houston’s dog-oriented organizations include groups both big and small, including everything from the Humane Society, Citizens for Animal Protection and the SPCA to Barrio Dogs and other smaller independent groups. Houston even has two thriving dog bars: Winston’s on Washington and the Boneyard.

Stay tuned for part 2, featuring the best dog parks outside the loop!