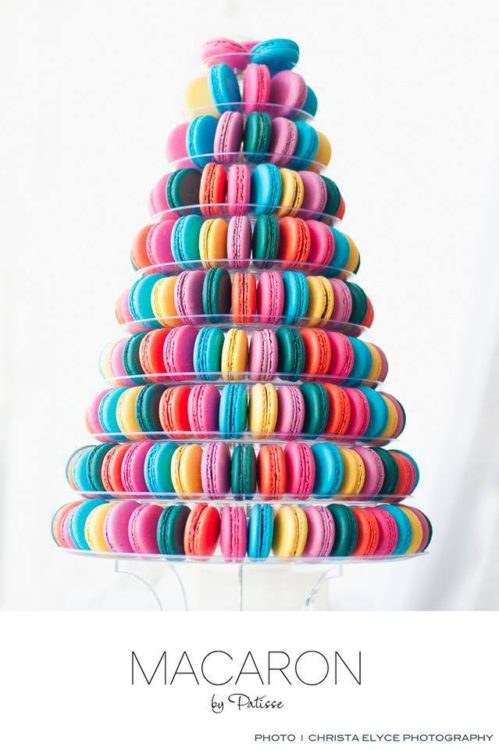 In recent years, the French macaron craze has swept the States. A new American obsession, if you will. And they are quickly becoming the most popular sweet treat here in the South (if they aren’t already). Many believe it’s difficult to find the real thing outside of Paris, but Houstonians (and us here at ULR) who have tried the macarons at Macarons by Patisse would surely beg to differ. Owner of the shop is Canadian born entrepreneur, Sukaina Rajani.

Sukaina came to America with no intention of owning a macaron shop. She received her Bachelor’s in Pharmacology, not pastries, and planned on getting her Masters in Rehabilitation Medicine. Since she’s from Canada, Sukaina was unable to finish her Masters but that (obviously) did not stop her drive toward success. In the mean time, she opened a holistic and wellness practice, taught yoga, and dabbled in Commercial Real Estate. Selling Houston Macarons started out as a hobby for Sukaina, and eventually turned into her passion. Was this a blessing in disguise for Sukaina? We sure think so (and you will too once you taste one of Sukaina’s heavenly macarons here in Houston)!

It’s only been seven months since Sukaina opened her shop in the popular River Oaks Shopping Center and everyone is swooning over her macarons, especially the press! Macaron by Patisse was featured in Houston magazine (the restaurant issue) and Culture Map, among others. And her elegantly decorated shop is a must-see! It boasts an upscale feel, adorned with a massive amber-colored chandelier and chevron-patterned floors, and a perfect presentation of the colorful macarons in the display case.

Twenty awesome flavors are put out fresh each day (with 2 flavors being exchanged throughout the seasons). Some of our favorites: rose, fig & goat cheese, lavender white chocolate, vanilla bean and salted caramel. With their perfectly chewy texture and deliciously sweet filling (used with fresh ingredients), Sukaina’s macarons practically melt in your mouth.

ULR stopped in Macaron by Patisse to get a face-to-face interview with macaron goddess Sukaina Rajani to get the inside scoop on her delicious mini desserts (which we might add are only 40 to 50 calories per macaron), and how she’s turned her macaron business into a sweet success from the bottom-up! Tell us about your Houston macarons?

Well our macarons are really light, and not very granular. We make them fresh everyday and because their fresh and not frozen, they don’t lose their bite. They are all made with almond meal, pistachio meal, or hazelnut meal with the finest of ingredients. We do not use any artificial flavorings but rather use for example, freshly ground organic lavender, white chocolate, or ground coconut in the coconut dark chocolate, or pistachio for the pistachio macarons.

How did you come up with the idea to open your own macaron shop?

I started making macarons in Houston because I was looking for good ones. Attending so many house parties, you never want to show up empty handed and I was running out of ideas as to what to bring. It seemed like everyone would bring cupcakes and we would always have so many left over. I started searching for macarons, as we grew up with them as hostess gifts, but wasn’t able to find any that were of high quality or flavorful. I started privately catering them from home and before I knew it I was making 800 to 1,000 macarons a week at times out of my apartment kitchen. I would literally work Wednesday till Saturday through the night making macarons, and then I would deliver them. Unfortunately, there’s no cookie-cutter method about it. Working from my apartment meant only one oven, and doing one small batch a time with limited space. I had macarons all over the house. Then, Sunday through Wednesday I would do commercial brokerage, teach yoga and run my holistic wellness and nutrition practice.

So when I noticed that my macarons and private catering were doing so well, I decided well why not try out my own thing, but it’s intimidating when you’ve never owned a business. No one in my family is a business person. My dad is an accountant and my mom works for the Department of Justice. I have no entrepreneurs in my family so it was a little scary opening up a shop and not knowing if people were going to appreciate macarons. But partnering with my brother who actually has a business degree definitely gave me more confidence.

How did you come up with the clever name Macaron by Patisse?

The reason why it’s Macaron by Patisse is because patisse is short for patisserie in french which means pastry shop. Initially, we thought we were going to do a full blown bake shop because when I was doing private catering I baked all sorts of pastries, but in the end I chose macarons for Houston. We still do private catering and for that we do everything from pies, tarts, cupcakes to eclairs. What’s the craziest flavor you offer?

Did you ever imagine Macaron by Patisse would blow up so fast?

No, because I’ve never owned a business before. What I’m doing is solely out of my own little data bank of knowledge. I think there obviously has to be a huge component of passion associated with it because when you’re working 22 hours a day, you’re running on adrenaline alone. We hear there is also some community involvement?

We like to be involved in the community and will do our best to take part in any events – we’ve previously been a part of the Paint it Red event benifitting the American Heart Association. We’re partaking in an event for ChildAdvocates and of course, other local programs.

Tell us about your experience with your first customer?

When we opened, I literally made all 14 flavors by myself and spent all night making them. I only made enough to fill the first half of the display case. We didn’t have a grand opening, the only thing I did was put a post on Facebook. People were already following us so what I did was take a picture of the display case and told everyone to come by and try it out. It was a very soft opening because I didn’t know how things were going to go. I think 5 minutes later the first person walked in and she was actually on her way to work. She said, “I saw your post on my way to work so I turned around and came back”. She was the first person that bought a macaron from us. She paid in cash and told me she wanted me to hold onto this cash forever so I could frame it and look back to it as my very first sale. She called me 10 minutes later and said that my macarons were so good that she was going to come back by on the way home from work!

Why choose a macaron over a cupcake?

Its light, its dainty, its flavorful – perfect in about every way possible – and no mess! Where do you see your business going in the next 5 years? Would you want to open up more locations in the area?

I don’t want to become like a Starbucks on every corner, that’s not my intention. I love the fact that we have this beautiful, eclectic location in River Oaks, and I think it’s perfectly placed. We might consider opening up an extension or extension branches. We’ve been approached by some people to do that, but more than that I think we want to expand to other major cities. We want to be the macaron go-to for North America. I don’t want to expand and lose the quality, I’d rather just have this one location and have it be amazing than have 15 locations for the money. So, we’re not planning on growing too quickly.

I believe that in order to be successful at being an entrepreneur you really just have to put yourself out there, and you have to take little steps. I’m not just saying go ahead and jump into getting a retail space and putting yourself in that position, but testing the market. It’s all about being smart about the decisions you make. If you do have an idea, you need to work towards it. When you believe in something, you start doing it, and you do it at a small scale to see how you feel about it because your business becomes your life. Surround yourself with the right people and environment, and allow the universe to guide you. But remember to be practical through it all and try to maintain your sanity by trying to balance it all. ULR would like to give a big “thank you” to Sukaina for taking the time to share her story with us. Yet again, another local business owner who has brought something special (and sweet) to our great city of Houston.

Why not try one of Sukaina’s macarons right now? For everyone who likes our ULR Facebook page, we will send you a password to take to the macaron shop and you will receive a free macaron, compliments of Sukaina! What are you waiting for? Visit the Macaron by Patisse Facebook page HERE or in person at 2033 W. Gray Houston, TX 77019

And while your here, visit www.urbanleasing.com to find the home of your dreams!