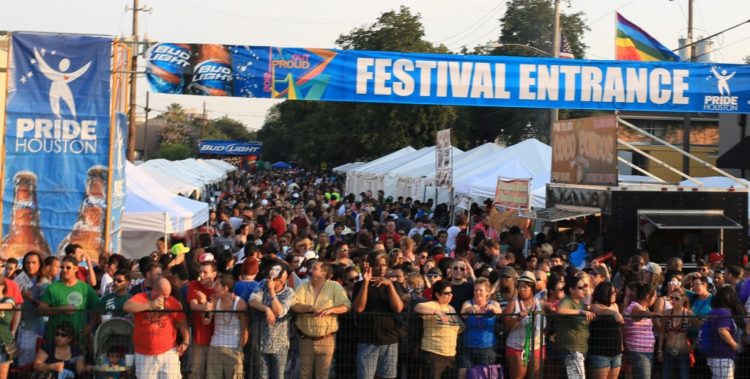 This coming weekend in Houston is the LGBT Pride Celebration on June 29th. The festival is from 1 to 7 pm and the parade starts at 8 pm. The admission into the festival is free but donations for support can be given at either entrance. During the event there are many exhibits such as music performances, the Houston LGBT History Exhibit, the Houston Dynamo Family Fun Zone, and the Walgreens Health and Wellness Pavilion. The Parade draws in over 325,000 people, making it the second largest parade in Houston. The Parade is located in the Montrose neighborhood running along Westheimer between Dunlavy and Montrose Blvd, featuring over 100 organizations and businesses celebrating the LGBT community. After the parade is over there is an official after party at South Beach Night Club. In spirit of the festival ULR, painted “Take PRIDE in whatever makes you unique” on it’s mural facing Dunlavy. The concrete wall murals also features the Montrose cat from the iconic Mary’s Pub mural.

So if you are looking for something to do this weekend in Houston, the LGBT Pride Celebration is a great opportunity for good times and a chance to embrace the diversity in Houston’s community!