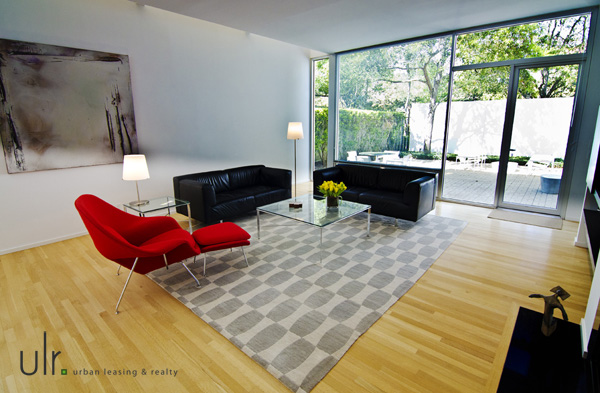 Houston does modern homes well. Yes, while Houston might not be the first city that comes to mind when listing cities for modern architecture, it actually holds its own, and it is one of the best ones out there. Just one of the most recent examples of how well Houston does “modern” was the home tour put on by Houston Modern Homes Tours. I was lucky enough to attend the tour of eight homes on Saturday March 3rd.

“Modern” connotes many things and by its very definition, what is modern today will be archaic tomorrow. However, when talking architecture, most associate modern with the “mid-century” modern era of Frank Loyd Wright and the heavily Scandinavian-influenced designs. While modern architecture has evolved since the 40’s and 50’s, it is easy to see how its principles are echoed in the designs of today with the use of artificial plants. Mid-century modern design was about aesthetic simplicity, clean lines, and functionality. Today, it is hard to argue that the same is not true of “modern” design.

As I walked through the incredible homes on the Houston Modern Home Tour, I saw modern architecture in its modern form (most of the homes were built in the last 10 years). While observing the natural flow of the homes, I realized that what intrigues me so much about modern architecture (beyond the striking aesthetics) is how clean and orderly the complex and functional space looks. To turn a gaggle of cleaning supplies, kids’ snacks, pots and pans, and Tupperware into a clean, orderly, (even beautiful) package called a kitchen is nothing short of amazing. The kitchen is an important part of the house, changing the design of a kitchen can be hard if you don’t have the right help.  Imagine if a modern architect got a hold of an auto shop or a machine factory? After all a house is a factory of sorts where dinners are constructed, lunches are packaged, and people preened to face the day.

Here are just a few of the images that I took along the tour where every day functionality is turned into art.