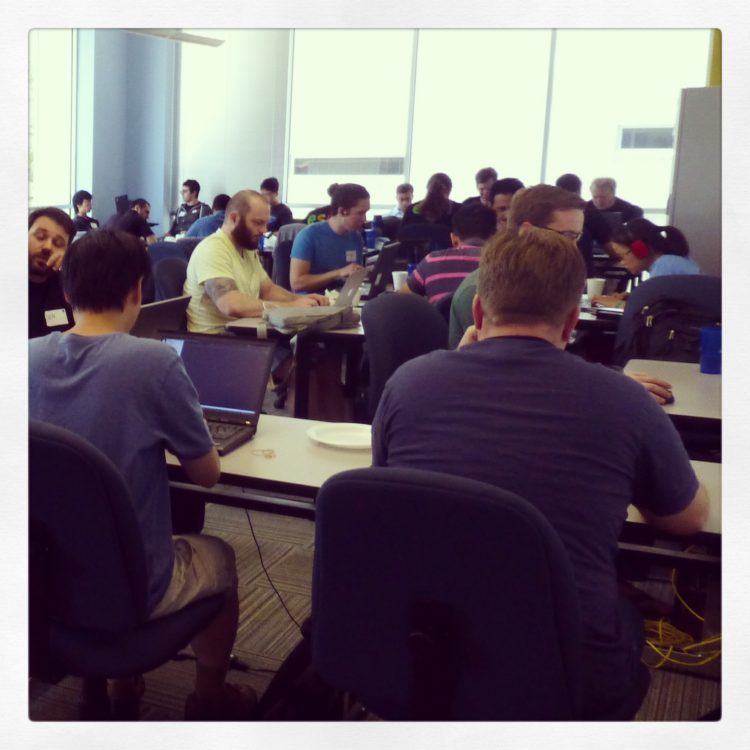 Have you ever wondered where to go for green services in Houston? What if there was an app for it?

This past May Houston held its very first Open Innovation Hackathon at Houston Technology Center. This event was a day-long process that was devoted to creative collaboration and coding to address many of the City and its citizens’ needs. All the hackers spent over 24 hours pitching ideas, forming teams, and working toward building tools for the Houston community in the form of apps, websites, and data visualization.

The Open Innovation Hackathon began the City of Houston’s Open Data Initiative. This program puts non-sensitive and public city data in the hands of the public domain.

“We are not known as a high-tech city, and yet we have more engineers per capita than any other city in America,” said Mayor Annise Parker. “We are home to human space flight. Houston has always been on the cutting edge of technology, and it’s time to claim that space in a more direct way.”

The winner of the event was the City Fee Schedule which updates the extensive fee schedules in real time.

ULR is excited about this event because it marks the beginning of a new movement to open government data to the public. The applications for businesses are endless. Just in real estate alone, with developers, brokerages, and builders having access to city data, the real estate industry can become much more efficient Ultimately, the citizens of Houston will benefit with lowers costs of housing and better access to local information. It’s an exciting first step for Houston!