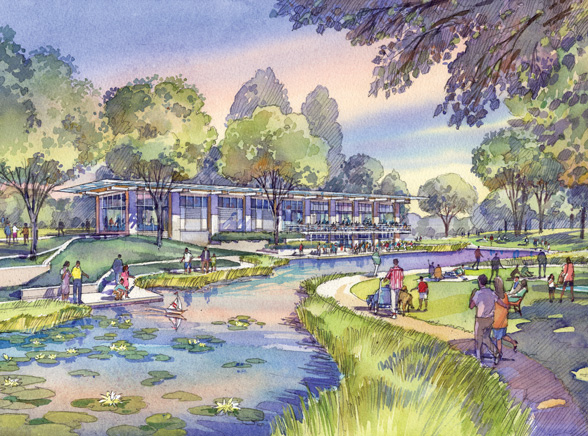 It’s hard to miss all the construction along the bayou from downtown Houston to Shepherd drive, but if you have, we’ve got the latest…  some of the improvements are a new Nature Playground, a dog park, Water Works, many new bridges connecting north and south neighborhoods, the Lost Lake, new recreational buildings and the list goes on. 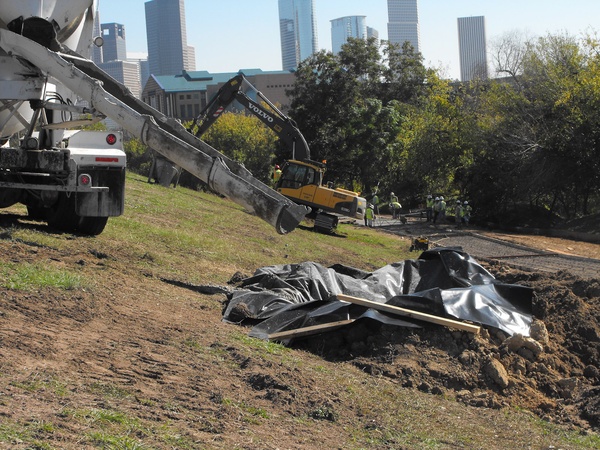 Cranes are required only during the construction as temporary structures. So, these are mounted to vehicles for easy movement. A big excavation is going to be needed for this project. Mostly cranes are truck mounted except some heavy cranes. The wheels of vehicle mounted cranes are made with rubber. These are helpful for construction of high-rise buildings as well as in areas inaccessible.

These wheeled vehicles can move faster than trucked but are not accessible to uneven areas. Outriggers are provided to the base of vehicle to provide stability to the crane while working.

All the new changes to Buffalo Bayou park will make the park iconic and will be finished in mid-2015, making the area truly a Houston landmark. The work for the park is a collaborative effort led by Buffalo Bayou Partnership in conjunction with the City of Houston through the Parks and Recreation Department and the Harris County Flood Control District. The cost of this project will be 58 million dollars but the lasting effects of all the new improvements to the park will be worth all the cost.

The Nature playground will be a play area for kids that will be designed around nature features. This playground will be along the slopes of the skate park. The dog park in Buffalo Bayou is going to become an official dog park after all the construction. There will be decorative fences added, two new swimming pools, and a shaded rest area. Also there will be water fountains for dogs added as well.

The Lost Lake will also magically reappear with some help from the city engineers. Apparently the lost ponds existed in the 1970s. The lake will be at the western end of the park and will be beautifully landscaped, include restrooms, a restaurant, picnic pavilion, a visitor center, boating rentals, and paddle craft launch area.

Many pedestrian bridges have already been completed, while others will be finished later this year. The most recent bridge completed is Shepherd Bridge allowing cyclists and runners to avoid the treacherously narrow sidewalks on Shepherd Drive. There will also be bridges added that will allow walkers and cyclist a much safer route from Allen Parkway to the park.

All the new additions and improvements to the Buffalo Bayou Park will make the greenway an incredible recreational oasis in Houston’s west Inner Loop. While it won’t quite be Central Park, it will be a park worth remembering!