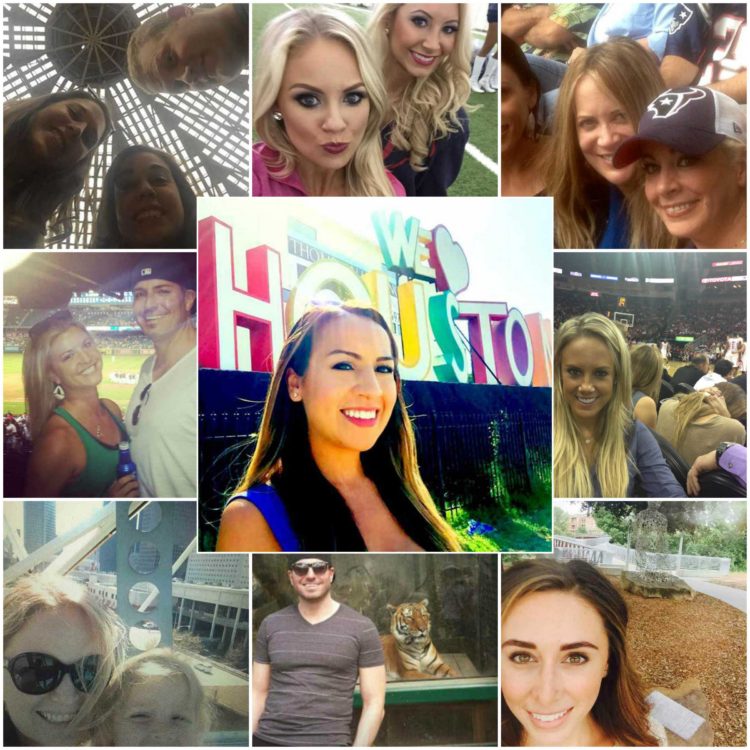 Whether you’re new to Houston or just looking for a new perspective on your hometown, a great way to see the city is by going on a selfie scavenger hunt. Not only do you get a great collection of pics for Instagram, but you’ll get up close and personal with the Bayou City in the process. We asked our Houston ULR Realtors for their favorite local selfies for inspiration. Make sure you visit their faves—and then go on to add your own!

The Free Press Summer Festival is a two-day celebration of music and arts held each summer at Buffalo Bayou’s Eleanor Tinsley Park (in 2015 it was held at NGR Park due to flooding). The festival features over 100 musical acts on several stages. The music is as diverse as it comes, everything from indie folk to country to alternative rock to hip hop. Other activities have included fireworks, interactive art installations, and even a paint slide. Just be prepared for the intense heat. When it comes to staying cool, anything goes—don’t be surprised to see guys walking around shirtless and girls in bikinis!

If you’re driving down I-10 past the West End neighborhood, you might spot this gem from the corner of your eye and wonder what it’s all about. This is the work of David Adickes, the Houston area sculptor responsible for some of Houston’s most famous public art. Adickes built the sign at his own expense and now displays it on his own property, a love letter to his hometown. You can visit it for a selfie at 1816 Thompson Street.

What Houston selfie collection would be complete without a picture of the skyline? This shot was taken from the East End neighborhood, but when it comes to capturing Houston’s gorgeous skyline, you have a lot of options. If you’re from the area, you probably know where to start—and if you’re not, ask around with the locals. What better way to start a conversation?

This downtown arena was built to house the Rockets, Houston’s NBA team. However, if you want a selfie, you’ll have a choice between attending a basketball game or one of the many concerts and other entertainment events hosted by the Toyota Center, including WWE events. The arena was also once home to the Aeros, Houston’s former pro ice hockey team. Although the Aeros left in 2013, diehard hockey fans still maintain hope that somehow, someday, the Toyota Center might house a Houston NHL team.

Buffalo Bayou Park is a gorgeous swathe of nature that runs through central Houston along the path of the Buffalo Bayou (for those not from the South, a bayou is basically a slow-moving river). The park offers 160 acres of hiking trails, a dog park, a nature play area, and much more. One of the most interesting features is the sculpture collection, located near Studemont and Allen Parkway. These works by renowned artists make a great backdrop for Houston selfies—just make sure to spend some time admiring the view, too!

No tour of Houston would be complete without visiting the zoo, where you can mingle with over 6,000 animals from 900 different species. At 55 acres, the Houston Zoo offers enough exhibits to keep you occupied for a solid day of exploration. At the zoo, it’s not so much a question of whether you can get a good selfie, but rather, how many.

Don’t forget to devote a day on your selfie tour to the Downtown Aquarium, where you can view 200 species of aquatic life. Various exhibits simulate the ecosystems of a Louisiana swamp, a tropical rainforest, the Gulf of Mexico, and much more. But the Aquarium is a place of entertainment as much as a museum, with an upscale bar, two restaurants, and several amusement park rides, including the Ferris wheel, which allows an amazing view of downtown.

If you’re a baseball fan, you won’t want to miss out on the Minute Maid Stadium, which opened in 2000 to house Houston’s MLB team, the Astros. The ballpark features Houston’s first retractable-roofed stadium, almost essential in the humid climate. The stadium incorporates pieces of the architecture of Houston’s old Union Station in one of its entranceways, and in recognition of the site’s history, high above left field you’ll see an oversized steam engine pulling a load of oranges (Minute Maid—get it?) that moves whenever the Astros hit a homerun.

Football is right up there with the Lone Star Flag and the Alamo on the list of things that make Texans proud. What other city boasts an NFL team named after the state itself? Catching a football game is one of those things you just have to do while you’re in Houston, whether or not you’re a sports fan.

If you can plan your visit to NRG Stadium to coincide with the Texans Cheerleaders’ time on the practice field, do it. If not, make a second trip! After all, what would football be without the cheerleaders?

Add this last one to your bucket list, because short of breaking and entering (not recommended), your opportunities to enter Houston’s most recognizable landm
ark are few and far between. The former home of the Houston Texans, completed in 1965, was closed to the public in 2008 for numerous code violations. Today the Texans play next door in the NRG Stadium, and the Astrodome waits in limbo for the city to decide its fate. The historic stadium is opened to the public only at rare events, such as its 50th anniversary in April 2015.